During a trip to California in February of 2014, Kirk found himself in Santa Barbara wine country exploring the region with a few lifelong friends. While falling in love with the Pinot Noirs of the region, it was on this trip the answer came to him. Paradise Springs was to start a second winery on the west coast.

It was the perfect way to expand the brand without jeopardizing the high standards of quality he had set upon the winery. Paradise Springs would be the first "bi - coastal" winery brand in the United States, standing for the highest quality of wine while achieving varietal correctness in a region. 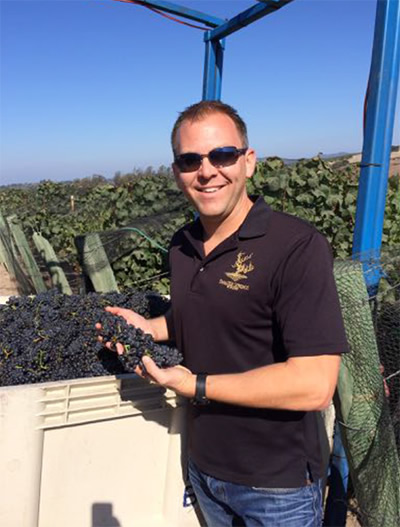 The winery was officially formed in the early summer of 2014, licensed by the state of California, and currently shares winemaking space with three wineries (including Margerum Wine Company) in Buellton, California. Doug was to act as Lead Consultant with his team performing the day - to - day work on the wine. Rob Cox, Head Winemaker at Paradise Springs Virginia, was to act as Executive Winemaker of Paradise Springs Santa Barbara with Kirk overseeing the entire operation. Together, the perfect team was formed.

With Pinot Noir from the Sta. Rita Hills as the star of the region, Kirk knew this was where the winery should concentrate winemaking efforts. Known as one of the greatest places in the new world to grow Pinot Noir, the Sta. Rita Hills AVA is closest to the ocean in Santa Barbara County. The combination of nutrient deficient marine - based soils and the Pacific Ocean's cooling influence of wind and fog through the only East to West mountain corridor on the west coast, form one of the best cool - climate viticulture areas for Pinot Noir to grow in the world.

The inaugural wines were produced that vintage year in 2014, a Sauvignon Blanc from Happy Canyon of Santa Barbara AVA and a Pinot Noir from Sta. Rita Hills AVA. These wines would add diversification to the already existing Paradise Springs portfolio while staying true to their mantra of producing exceptional wine of the highest quality.

Over the next year, Kirk and Rob flew back and forth from coast to coast, meeting with Doug, walking the vineyards, harvesting fruit, producing wines, blending barrels, and ultimately bottling the first wines on July 20 th, 2015

Kindred Spirits Find One Another

Kirk returned to Santa Barbara the following month with a few industry appointments setup by a mutual equipment supplier, Joe and Nikki Lutomski. His first appointment was with one of the regions most well known and respected winemakers, Greg Brewer. Kirk met Greg at Melville Winery where Greg was the Head Winemaker at the time and the two talked about the industry for a few hours. After the meeting, Kirk traveled over to Greg's personal winery Brewer - Clifton in Lompoc, California. After tasting and talking with the staff at Brewer - Clifton, Kirk learned that there was a vineyard property, which had just come on the market within the Sta. Rita Hills AVA. The staff at the winery happened to know the real estate agent and within the hour Kirk was out looking at the property. 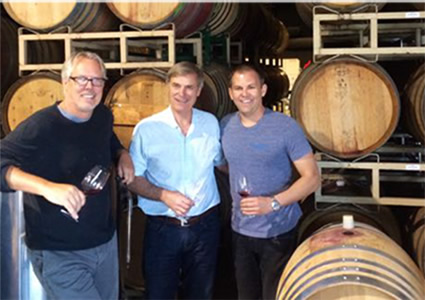 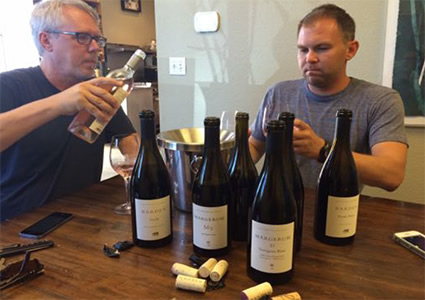 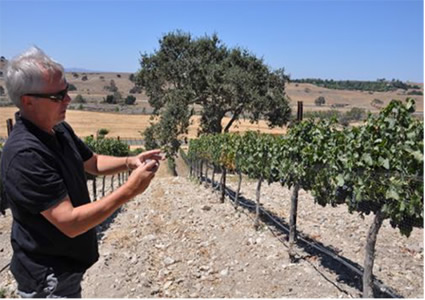 While the site itself did not end up working out, the real estate agent ended up being a man named Tom Davidson who had also helped to build some the most well known wineries in area including Sanford, Hilliard Bruce, and Seasmoke to name a few. Tom and Kirk stayed in touch over the next couple of months when finally a conversation they had about how Kirk wanted to start Paradise Springs Santa Barbara led to the introduction of Doug Margerum, one of the most well respected individuals in the Santa Barbara wine region.

Doug, having grown up in Santa Barbara , was the owner of a longstanding, well - known restaurant downtown called The Wine Cask. In 2001 he started his own winery, Margerum Wine Company, just on the edge of the Sta. Rita Hills AVA in Buellton, California. Margerum had consistently produced some of the best wines coming out of the Santa Barbara region, constantly achieving wine scores from critics in the mid 90's.

After many conversations between Kirk and Doug about the wine industry, winemaking philosophy, and life in general, the synergy between the two seemed to be the perfect fit. Kirk's intuition was that this was the right partnership to launch Paradise Springs Santa Barbara. 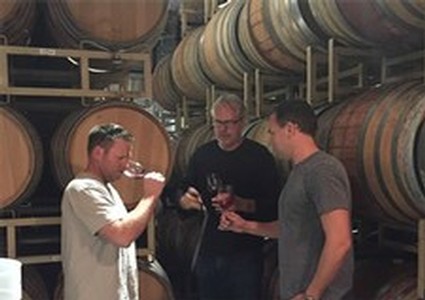 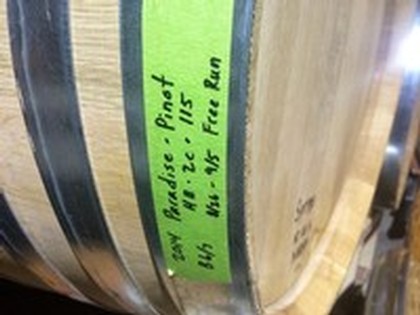 As Paradise Springs Santa Barbara flourishes, operations in Virginia continue to push the boundaries on producing the best Virginia wine. The team is looking forward to new opportunities that will be created by bringing the Paradise Springs brand west.

“The First Bi-Coastal Winery Brand in the Country. From East to West.”